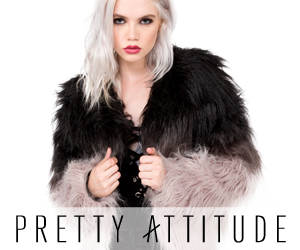 There are so many different things to do in Denver that you may never want to leave the city. Its location in north-central Colorado makes it an ideal spot for exploring the rest of the state. You really need to do these three things in Denver before venturing further afield.

There are great professional sports to be watched in Denver. Catch the Denver Broncos playing at Broncos Stadium at Mile High from September to December. Root for the Denver Nuggets when they play at Pepsi Center from October through April. The Crazy Tourist encourages, “catch a fly ball when you watch the Colorado Rockies play at Coors Field from April to October. You can also take tours of the giant facility and see the 76 acre field while no one is on it. Seeing the behind the scenes can be a great experience for any baseball fan.” Of course, you may also want to watch the Colorado Rapids head-butt the soccer ball at Dick’s Sporting Goods Park from March to September.

When you tour the Denver Mint, you will not have to turn loose of any of your hard-earned greenbacks. The tours are free, and they last 45 minutes. At the Denver Mint, you can learn about the history of coins in the United States. The Denver Mint is the largest producer of coins in the world. See how new designs for coins are created. Then, learn about the process of striking the coins once they are approved by Congress. Study how the coins move from the facility in Denver to banks and other locations throughout the United States. You can also learn about the important role that Colorado has played in designing coins throughout history. Finally, learn about the time a group of people were brave enough to rob the U.S. Mint in Denver. Waymarking explains, “The Denver Mint Robbery occurred on the afternoon of December 18, 1922 when five men hijacked a Federal Reserve Bank delivery truck outside the U.S. Mint in Denver, Colorado. Which started a deadly firefight.” There are plaques and other information surrounding the mint that talk about the event.

With more than 148 choices, Denver is a great place to visit a craft brewery. While craft beer is just now starting to emerge in some parts of the country, it’s already 40+ years old in Colorado. This track record means more trained brewers, more business leaders who are knowledgeable about breaking into the industry and succeeding, and more breweries ready to take risks and try new things. It is no wonder that Denver places at the top of the list when so many different organizations rank the top breweries in America. Denver Microbrew Tour explains, “Denver is the Napa Valley of Beer. There is only one other state with more breweries than Colorado. There are over 335 breweries in the state, and every year at the World Beer Cup Awards, Colorado takes several awards home.” Instead of featuring just one or two varieties of beer, many of these breweries offer a complete portfolio, allowing everyone to find something that they will love to drink there. The large variety of breweries in Denver is amazing.

There are many different reasons to come to Denver. Regardless of your reason for visiting, make sure to include these three activities in your itinerary. You will not be disappointed in their variety and the warm welcome that you receive.

And make sure you are packed correctly! Follow our packing list so you’ll never forget anything you need on your travels!

How to Wear Bold Colorful Jewelry